I’ve been looking at the draft of this since April, 2015. I’m going to take Jorbin’s advice and just press publish so that it’s no longer a draft. Most of this observation is informed by my perceptions of structure inside the university when providing a central service. It’s still interesting.

We provide an excellent base service for groups inside the university. We build features to extend this base service. Most built features are available to everyone.

We invite everyone to join our community. Open labs every Friday, a Slack group for use throughout the week.

Groups paying us to extend the base service tend not to join the community discussion—or not frequently.

Both groups, for the most part, have their concerns and requests addressed. Groups with funding can demand timelines. Groups involved in the community are frequently vocal and pleasant.

Balancing the concerns of each leads to useful features for all.

The difficult group is the one without funding that does not join the community. Our base setup is easy, but prioritizing feature requests is near impossible when juggled alongside the previous two groups. This group quickly becomes an outlier for our workflow.

How do you convince that group to join the community? 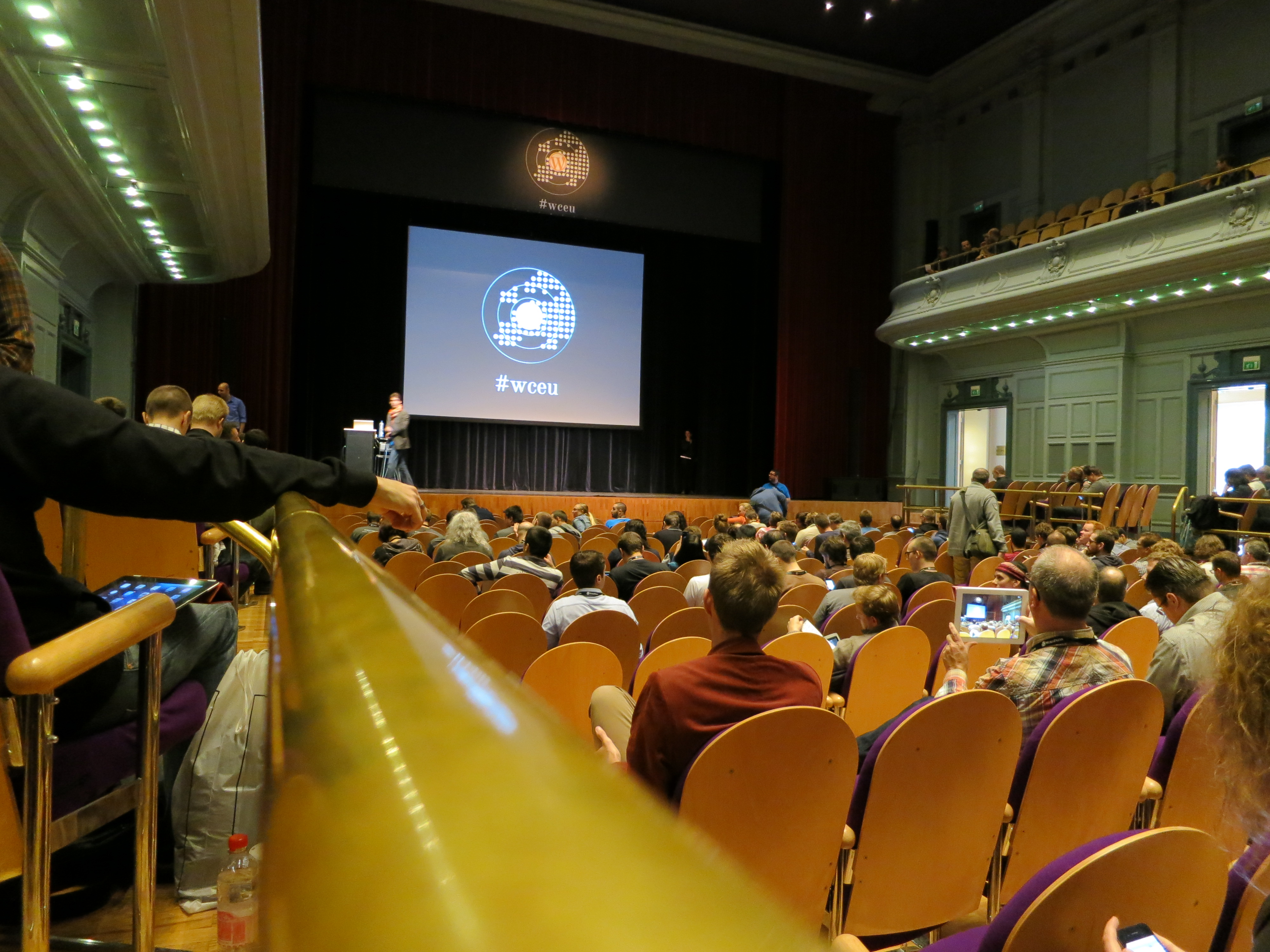 I was an early user of WordPress in the grand timeline of events.

Officially, my first long term installation was WordPress 1.5 in 2005. That site was a chronicle of my dad’s bicycle ride across the country and has been running continuously for about 9 years. It was even “0wn3d” at some point by hackers when I didn’t upgrade and I had some cleaning up to do.

The other day I upgraded this same installation from 3.4.1 to 3.8 and had no troubles at all. That made me happy.

I don’t remember giving much of a thought to contributing for many years. I created many various blogs using WordPress and hunted the Internet for things I could add.

I used Matt’s blog to figure out asides. I created themes with the fancy CSS. I thought BackPress was the future!

It took me until 2009 to register for my first plugin while I joined the excitement around rssCloud. Joseph Scott beat me to it and I never actually populated the repo. 🙂

I like to think of this as the “They” period.

They released an update. They should include this feature. They make it easy to have a blog.

In 2011 I quit my 12 year career, we traveled around Europe a bit, and then landed in Portland. Without a job—and without knowing the first thing about freelancing—I decided that I should attend that year’s WordCamp.

Mostly because it was only $20 and lunch was included.

The addiction hit pretty hard once I got a sense of the community. For all the grief that unconference sessions can sometimes get, they were amazing for me.

We stood around in a group with Joey and discussed developer challenges and solutions. I started talking about deployment with Zack, a concept we’re still trying to solve today. I watched a fascinating Nacin explain WP Query to a room full of developers. I got lunch!

I quickly started in on my plugins. All about data portability, I made one for YouTube and for Instapaper. A fantastic automatic featured image post creator that the blackhat community LOVES. A way to set the posts per page value for any type of page view. I started following more of the WordPress community, absorbing all the information I could get.

You could call this the “Outsider” period.

I wasn’t necessarily referring to the WordPress project as “They” any longer, but I wasn’t entirely familiar with the goings on. While the community was absolutely approachable at WordCamp, things suddenly seem so different without faces in an online place where everybody else knows what they’re doing.

In December of 2011, Zack did some great convincing on two sides. I gave in to being bad at freelancing, applied for a full time job with 10up, and Jake saw enough to take me on.

Things changed quick as I was thrust into the world of WordPress full time.

My immediate charge was to build the new UniversalSports site from scratch over the next few months to be hosted on WordPress.com VIP. I learned so much during this period through building and failing and code reviewing and everything.

And the “We” period began.

“They” switched to “We” inside my head and I became a community member. I paid attention to dev chats for the most part. I read code. I planned out what WordCamps I wanted to attend and started thinking of topics to speak on.

While helping Helen troubleshoot an issue with one of her client sites, we stumbled on a mistyped character in some oEmbed code. I frantically created a ticket and a patch with her guidance, worried the entire time that all of the people who already know all the answers were going to come in and fix it before I had the chance.

But that doesn’t happen. There’s always a place to contribute. Nobody comes out to bite when you create a ticket, nobody slaps your code down. In fact, the community loves when a new face appears on Trac with any type of activity.

The patch was eventually committed and I felt amazing. On the contributors list for 3.4!

This is where the train starts moving. Once I was past that hurdle, a whole new world opened up. I wanted to contribute!

But finding a place still seemed so hard!

I’m going to shift gears a bit, because this story is so long and there’s so much more to tell. The rest is a natural continuation summed up into what I think you should take away from this.

Types of patches in Jeremy’s perceived order of difficulty:

Of course, patches very much aren’t everything. I only lead with that because code is usually my focus. Commenting, testing, and sorting tickets make up the majority of work done when making progress as a community.

Types of Trac activity in Jeremy’s perceived order of difficulty:

And one more list. No perceived order of difficulty.

So that’s that. Jeremy’s path to becoming and guide to being a WordPress core contributor.

There’s a gaggle of friendly WordPress folk waiting in IRC and on Trac to help you jump in when you’re ready. Get on it!